Games and enculturation: A cross-cultural analysis of cooperative goal structures in Austronesian games.

While most animals play, only humans play games. As animal play serves to teach offspring important life-skills in a safe scenario, human games might, in similar ways, teach important culturally relevant skills. Humans in all cultures play games; however, it is not clear whether variation in the characteristics of games across cultural groups is related to group-level attributes. Here we investigate specifically whether the cooperativeness of games covaries with socio-ecological differences across cultural groups. We hypothesize that cultural groups that engage in frequent inter-group conflict, cooperative sustenance acquisition, or that have less stratified social structures, might more frequently play cooperative games as compared to groups that do not share these characteristics. To test these hypotheses, we gathered data from the ethnographic record on 25 ethnolinguistic groups in the Austronesian language family. We show that cultural groups with higher levels of inter-group conflict and cooperative land-based hunting play cooperative games more frequently than other groups. Additionally, cultural groups with higher levels of intra-group conflict play competitive games more frequently than other groups. These findings indicate that games are not randomly distributed among cultures, but rather relate to the socio-ecological settings of the cultural groups that practice them. We argue that games serve as training grounds for group-specific norms and values and thereby have an important function in enculturation during childhood. Moreover, games might server an important role in the maintenance of cultural diversity. 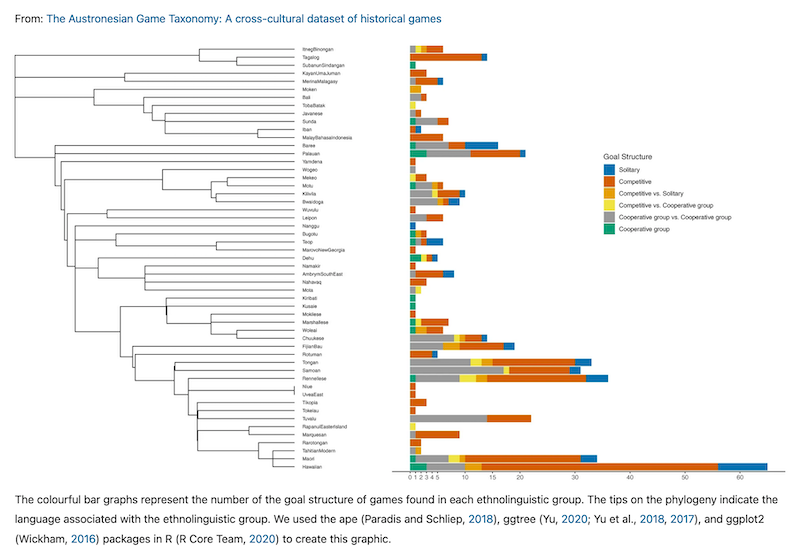