A quantitative global test of the complexity trade-off hypothesis: the case of nominal and verbal grammatical marking

Nouns and verbs are known to differ in the types of grammatical information they encode. What is less well known is the relationship between verbal and nominal coding within and across languages. The equi-complexity hypothesis holds that all languages are equally complex overall, which entails trade-offs between coding in different domains. From a diachronic point of view, this hypothesis implies that the loss and gain of coding in different domains can be expected to balance each other out. In this study, we test to what extent such inverse coevolution can be observed in a sample of 244 languages, using data from a comprehensive cross-linguistic database (Grambank) and applying computational phylogenetic modelling to control for genealogical relatedness. We find evidence for coevolutionary relationships between specific features within nominal and verbal domains on a global scale, but not for overall degrees of grammatical coding between languages. Instead, these amounts of nominal and verbal coding are positively correlated in Sino-Tibetan languages and inversely correlated in Indo-European languages. Our findings indicate that accretion and loss of grammatical information in nominal words and verbs are lineage-specific. 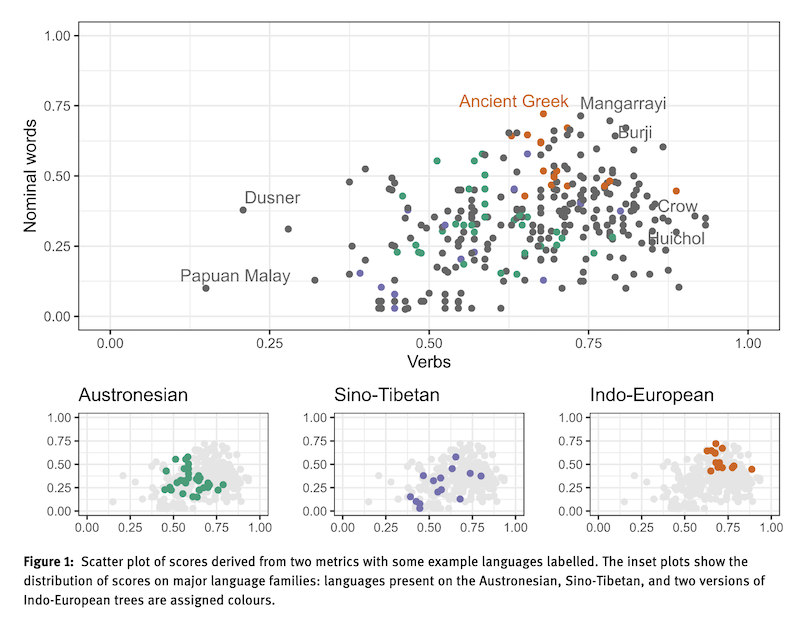